Let’s Talk About… getting to know your plasma

There’s no denying that plasmas look good, but did you know that a simple visual inspection of the plasma can provide a great deal of useful diagnostic information. Getting to know the plasma’s visual characteristics can also help to diagnose early problems before they become an issue. Let’s talk about a few of the main factors that affect how the plasma looks: (i) power, (ii) pressure, (iii) process gas and (iv) pump down curves.

The primary effect of power upon the appearance of the plasma is a fairly intuitive one; higher powers produce more intense glows.

Figures 1-4 [above] each show a simple air plasma process using the Henniker HPT-200 benchtop system. The plasma was maintained at the same pressure in each case and the power was increased from 25% to 100% in 25% increments.

In general, higher powers are preferred for hydrocarbon removal (plasma cleaning) or to increase wettability & promote adhesion (plasma surface activation). However, this is not true in all cases. For example, bonding PDMS to glass for the fabrication of microfluidic devices yields better results at lower powers.

A quick glance at the brightness of the plasma is often enough to get a feeling for the power level, which can then be checked against the set output power if necessary.

An unexpected pressure variation during processing can indicate the presence of a high gas load from the samples (known as outgassing). It can also point to a possible vacuum leak, the presence of contamination, or a faulty pressure gauge. Any of these unexpected incidents has the potential to render the plasma treatment less effective.

Figures 5-8 [above] show the effect upon the appearance of an air plasma of increasing pressure. In figure 5, at 0.2mbar the plasma is diffuse, filling the volume of the chamber. In figure 8 it becomes more constricted around the edges/surfaces of the electrode and walls.

Let’s suppose we are running a specific process but the appearance has changed as above, indicating high pressure. We could make the following observations and eventual conclusions:- 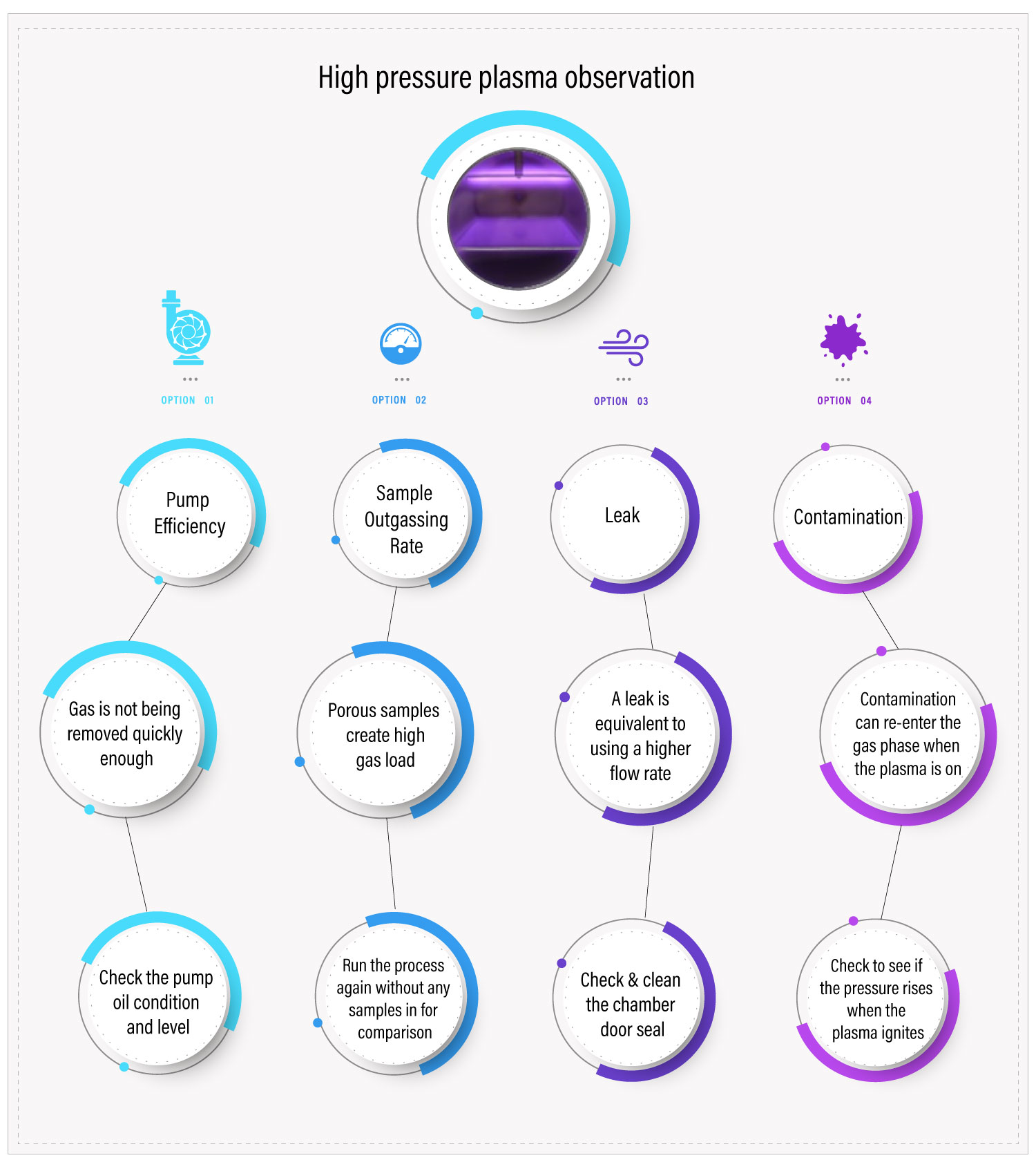 Plasma is also referred to as a ‘glow discharge’, the glow is the result of energetic species within the plasma releasing energy in the form of photons. These photons have a specific wavelength, which determines the colour of the plasma. Different gases and gas mixtures produce specific characteristic colours (think red neon lights for example).

In figures 9-12 above the plasma has been generated with a different gas; Argon, Oxygen, Hydrogen and Air (all at 0.4mbar and 100% power). Argon produces a violet colour, oxygen a faint white/grey colour, hydrogen is pink/reddish and air produces an intense more pink/purple colour.

So how is this useful? Well let’s assume we are working with an oxygen process, see figure 10. If the plasma colour is tinged with pink/purple, see figure 12, then it is likely that there is some air in the chamber too. This could be the result of a chamber leak, sample outgassing, or simply because the initial pump down time wasn’t long enough to remove enough of the residual air before oxygen was admitted into the chamber.

Samples that have a considerable amount of contamination on the surface may also produce a colour change in the plasma. As the contamination is removed from the surface into the gas phase, it can combine with other gaseous species to produce unique molecules, each of which can contribute a characteristic wavelength of light. There are complex and expensive pieces of analytical equipment to measure and quantify the individual components in the gas phase, but a quick glance can reveal a lot too!

A related diagnostic test, useful for monitoring and interpreting system performance, is simply a series of pressure vs. pump-down time observations that can be recorded. In general, a pump-down curve is used to measure the time taken to evacuate the chamber to some low pressure, and if performed regularly it can be used as an indication that the system is behaving as normal, or if indeed there may be a problem.

The plot in Graph (i) below shows the “standard” pump down curve for the 5 litre volume HPT-200 chamber. Shown on the same graph are the pump down curves for the cases where samples are outgassing and there is a small leak present. 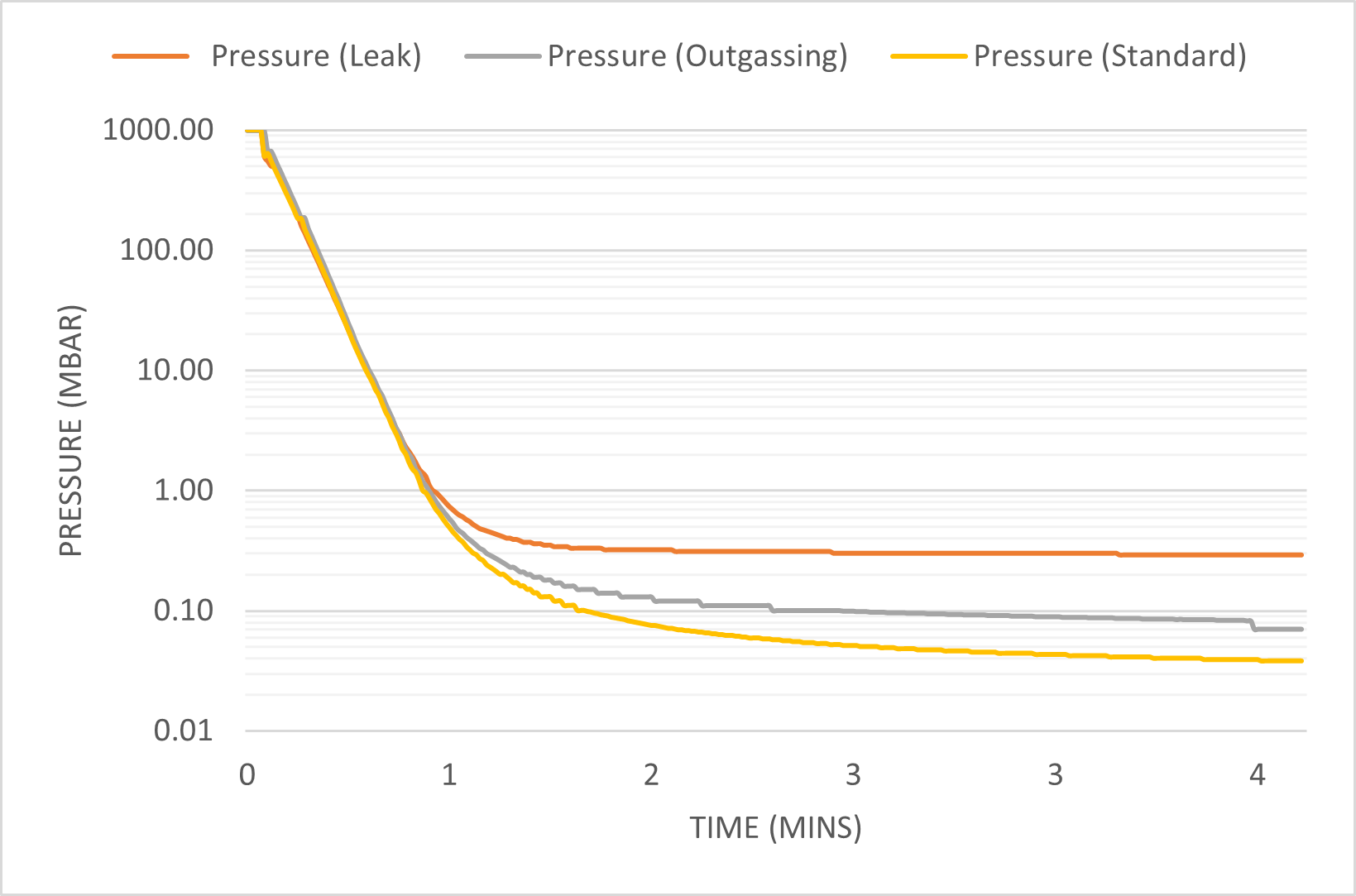 The source of the leak in the data above, in this case, was made intentionally just by placing a single human hair across the door seal of the vacuum chamber, something that could easily be rectified by visual inspection and wiping with a lint free cloth and isopropyl-alcohol.

Although it’s tricky to establish a performance problem from a pump-down curve alone, with regular observation and experience, the user is easily able to identify and interpret numerous cases that have very simple resolutions.

For further detailed information and discussion about  pump-down curves please see ‘Let’s talk about which vacuum pump should I choose?’.

In summary, a visual inspection of the plasma itself and becoming familiar with your system’s performance can reveal a wealth of diagnostic information - it is worth getting to know your plasma!

For more insights into plasma treatment technology visit our online Knowledge Base, or feel free to contact us, we are passionate about plasma® and always happy to help.

There are a number of sophisticated tools that we use for detailed plasma analysis. A few of these are outlined below for the interested reader. 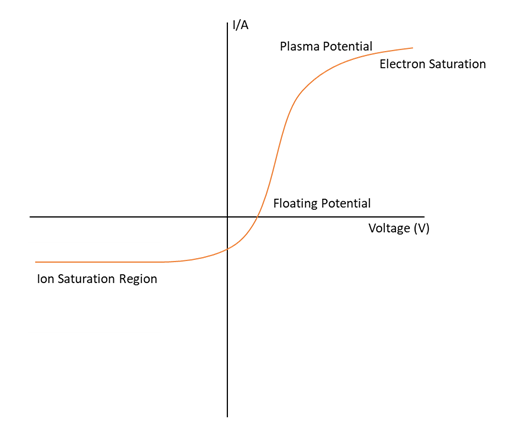 Langmuir Probes are small metallic wires inserted into the plasma. The wire, or probe, is connected to a voltage source and the current is measured as the voltage is swept from negative to positive values. The resulting current-voltage curve [Fig (i)] is shown above can be interpreted to give quantitative measurements of ion and electron number densities, electron temperature and electron energy distribution function. 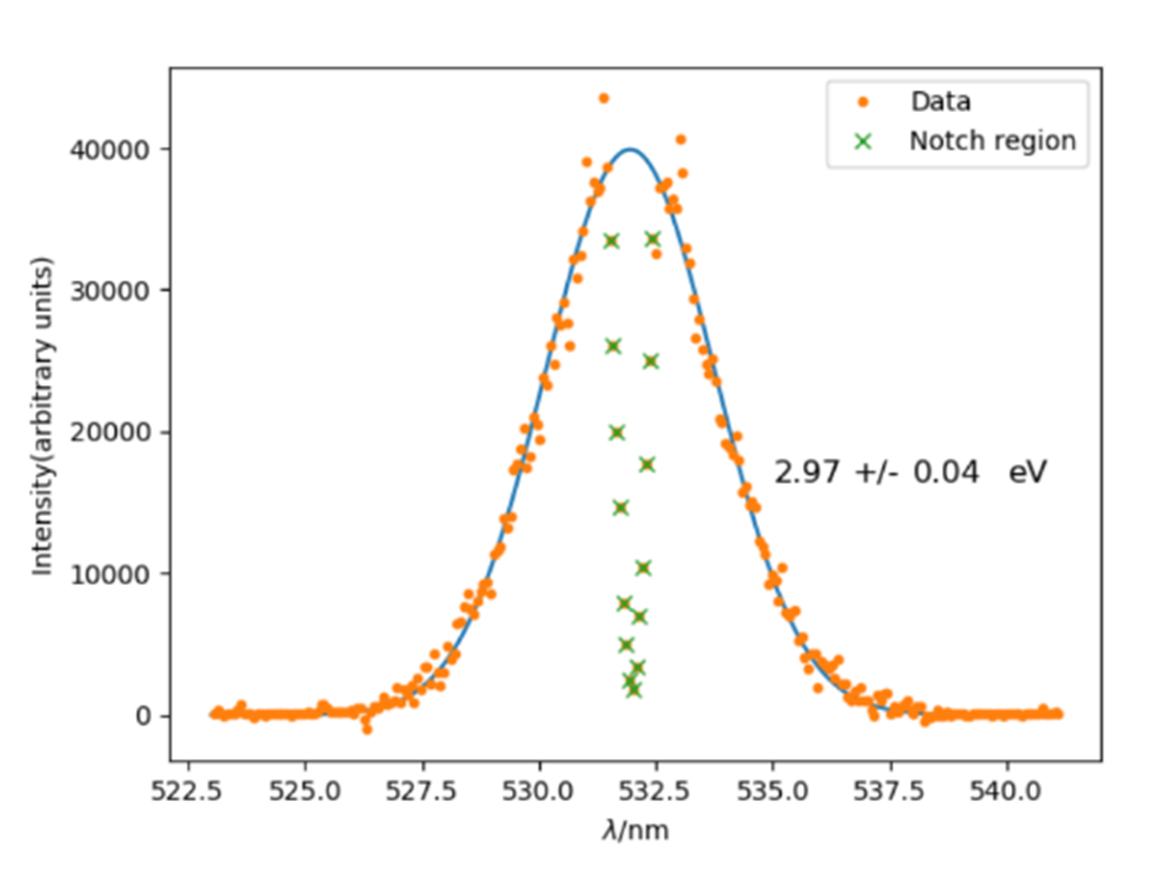 Thomson Scattering utilises high power lasers to scatter light from charged particles in the plasma. The wavelength of the scattered light is dependent on the velocity of the particles and therefore energy.  The above example Figure (ii) shows the measured spectrum from a Thomson scattering experiment. Here the width of the spectrum determines the electron temperature, and from its area the charged particle number density can be calculated. 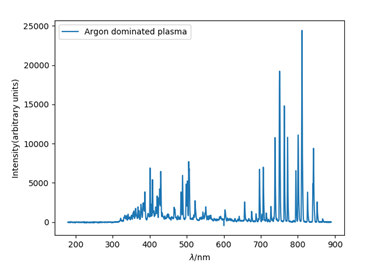 Optical emission spectroscopy is an analytical technique that involves monitoring the wavelengths of light produced from the plasma in order to identify the constituent species. In a typical argon plasma wavelength scan from 300-900nm [Fig.iii], the spikes in wavelengths correspond to specific molecular / atomic transitions within the plasma.

There are many more analytical techniques used to diagnose and measure plasmas, we hope that the above provides a useful quick introduction.

Please contact us today if you would like to learn more about any of the topics discussed above.